We caught up on the latest and greatest in e-bikes in Germany at Eurobike 2019. One thing's for sure: 2020 is going to be exciting!

Co-owner Jodie Gates and her husband Dave toured Eurobike in Friedrichschafen, Germany. The result? New bikes, new brands, and a whooooole lot of excitement for what's to come in e-bikes in 2020. Read on for Jodie's recap:

We knew that Europe was a step (or leap?) ahead of the States in terms of bikes and bike infrastructure, but we were not expecting the sheer volume of e-bikers that we encountered! It started with this view from our hotel window on our stopover in Zurich before the trade show. While it's hard to tell from this bird's eye view, the vast majority of these bikes are electric. Talk about an inspiration for the future here in the USA. 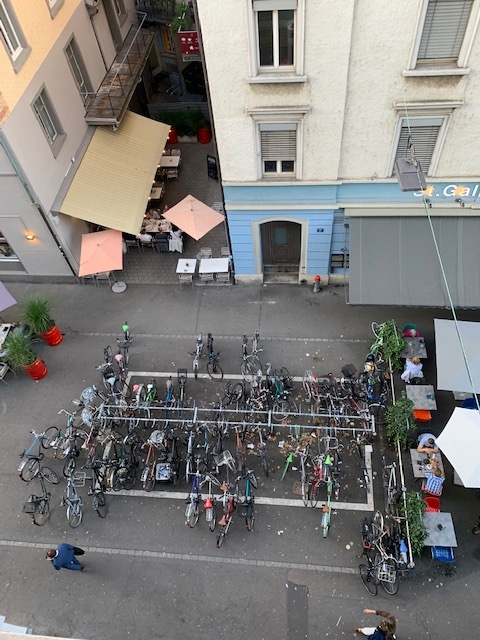 In Friedrichschafen, it was all about the e-bike. The Cargo hall was wall-to-wall with e-mobility and cargo solutions for individuals and commercial operations alike.

We've got to hand it to Benno for their booth. They deconstructed and reconstructed a helicopter from Air Zermatt, a legendary Swiss rescue operation that partners with Benno to get pilots to and from the hangars quickly and safely in the car-free ski town of Zermatt, Switzerland. Benno's 'Air Zermatt' edition of the Boost E features the Bosch CX motor, dual battery, special racks and panniers, and studded tires! 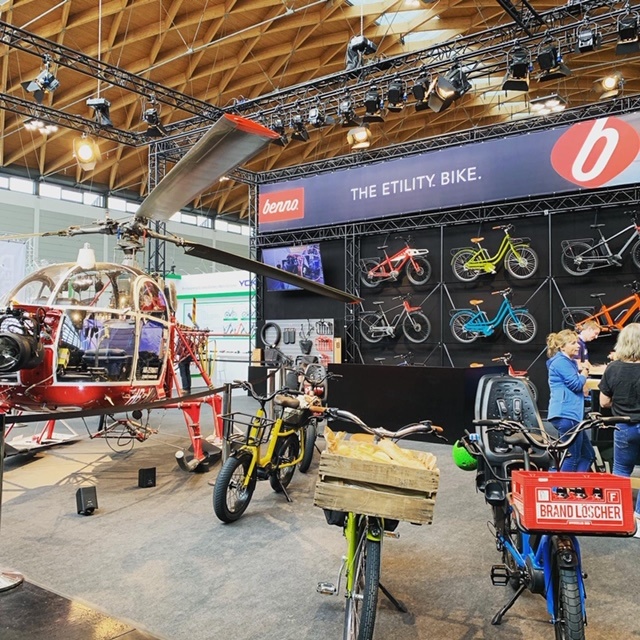 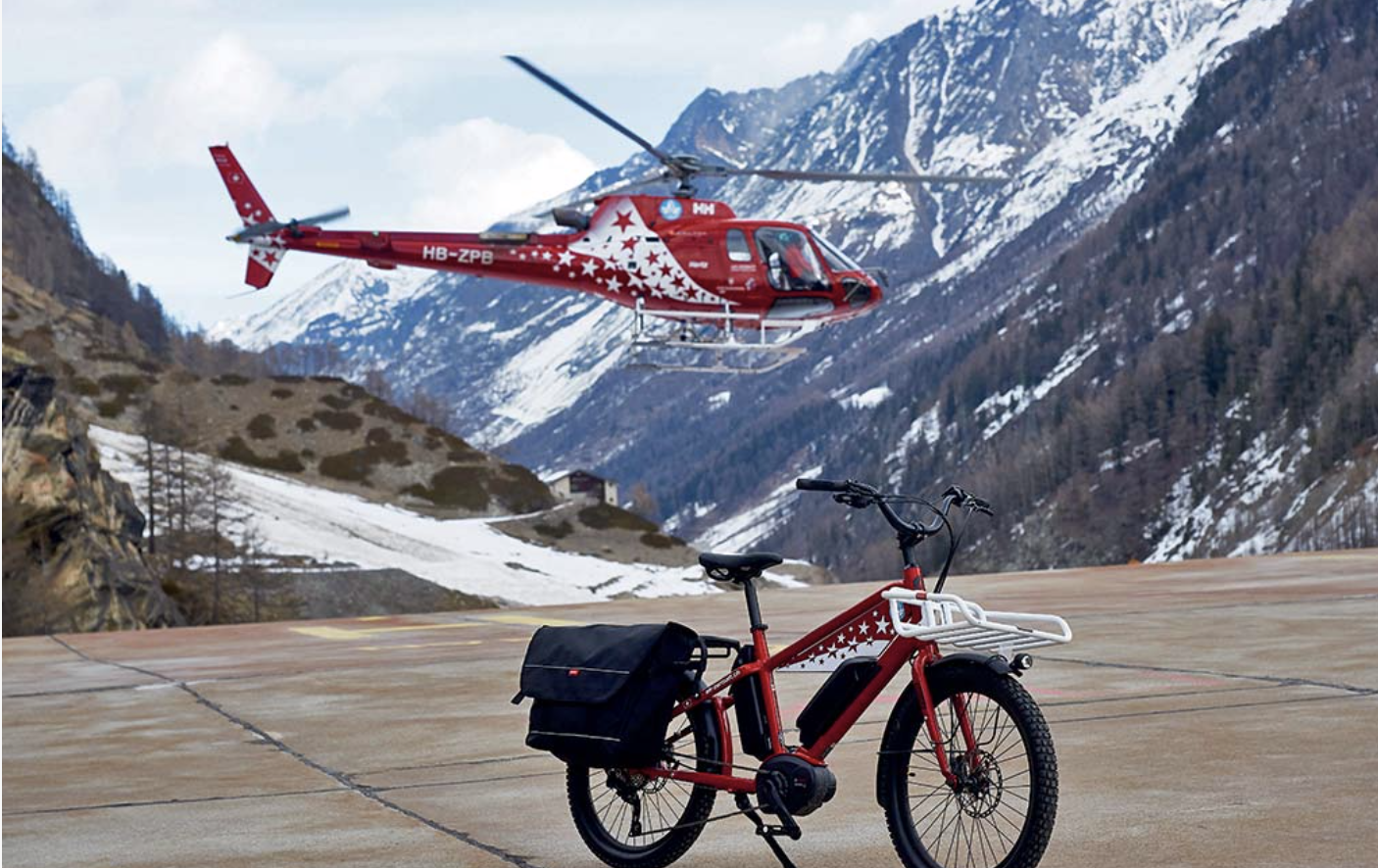 Though the helicopter was an eye catcher, the real star of the Benno show was their yet-to-be-named e-bike that will be arriving Spring of 2020. We had the chance to test ride this beauty, and it was a dream! The unique frame design, combined with the smooth Bosch system, offered a ride quality that was fun and nimble and also stable. We will be looking forward to their arrival in the Spring, that's for sure. 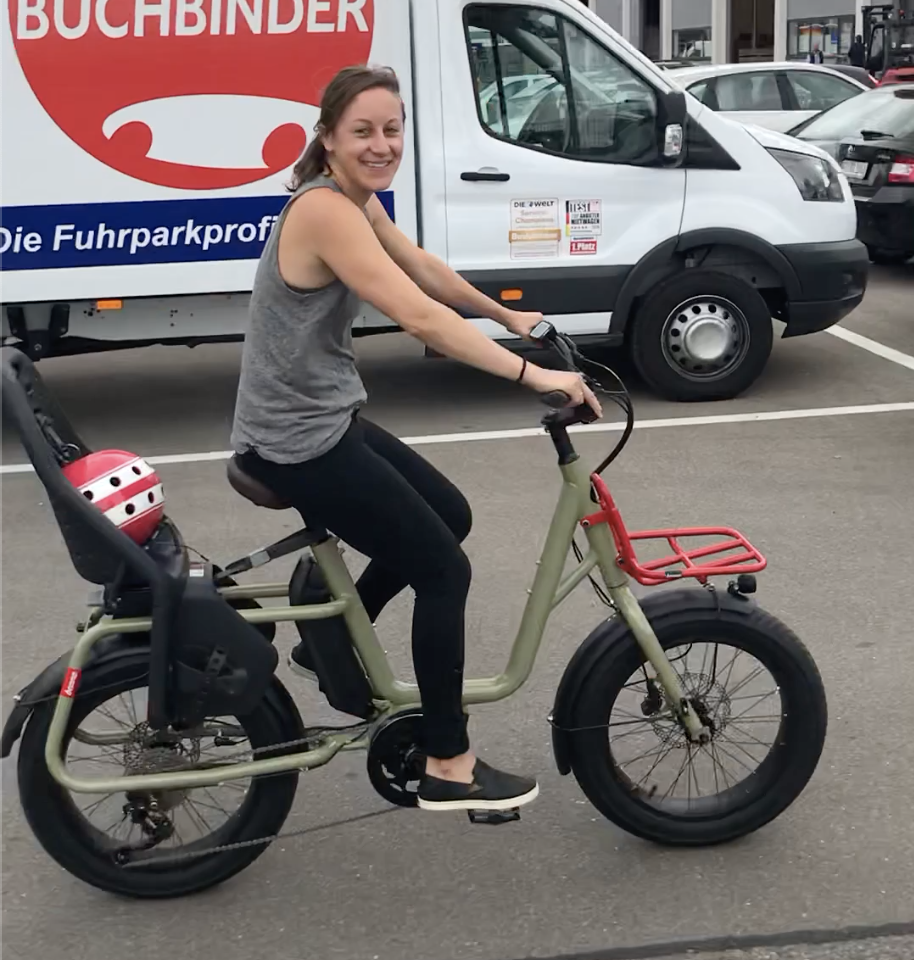 Riding the test track on the unnamed e-bike new to Benno's 2020 line. We rode it, we loved it, we want it!

Not surprisingly, another star of the e-cargo show is the Tern HSD. Shorter than a regular bike, the HSD still offers the opportunity to carry kids or cargo and has an impressive maximum gross vehicle weight of 374 pounds. And just like its sibling, the Tern GSD, it can stand upright for storage and also 'fold' quickly for transport. The options are endless with the new HSD, and we can't wait to put it to the test! 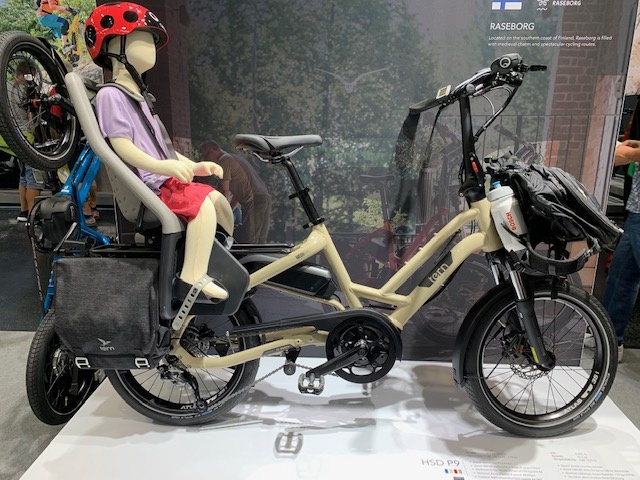 Tern's new HSD, shorter than a regular bike and yet able to haul up to 374 lbs.

MOUSTACHE - A NEW BRAND FOR OEB!

I admit it took some of us (me) longer than others to warm up to the name 'Moustache', but at Eurobike I took one look at their beautiful e-bikes and was completely sold. We are excited to be one of a select few retailers for 2020 in the United States as Moustache expands globally. 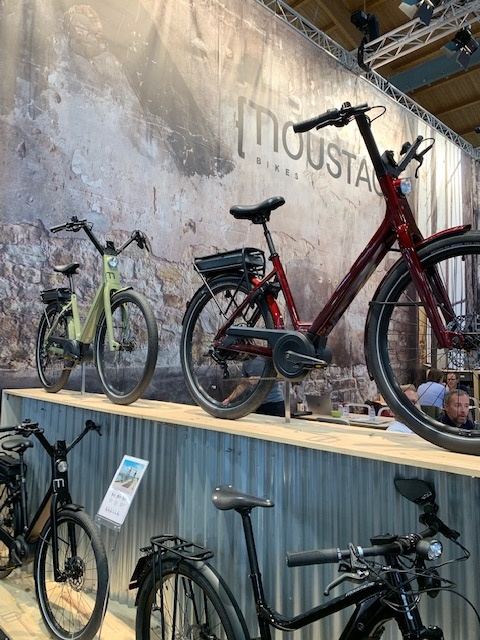 The Lundi, with that iconic Moustache handlebar.

In addition to the Lundi, Moustache now has 65 e-bikes, all Bosch-equipped, that cover all categories - urban, road, mountain, hybrid, even tandem! - and a team of 100 in France that remains dedicated to the original dream of leaving more cars in the garage. These bikes are bound to make a splash upon arrival, and we are now taking preorders for the iconic Lundi and more! 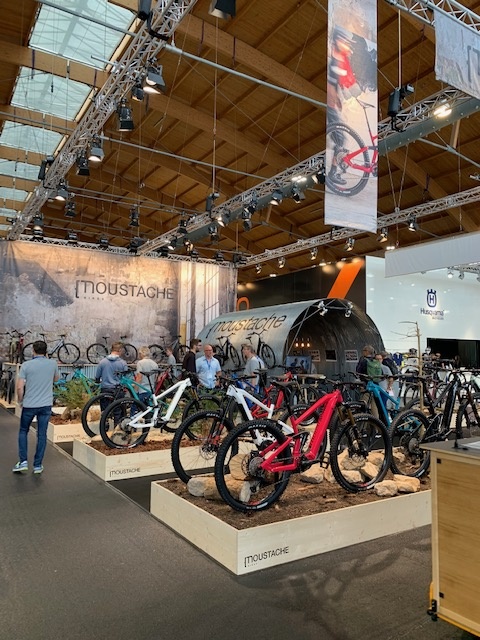 The Moustache booth did not disappoint. We made at least 3 visits per day to gaze at their awesome bikes.

There was plenty of hype surrounding the new Bosch Performance CX motor going into Eurobike, and we were excited to put it to the test. The verdict? Bosch has done it again!

While the Gen2 CX and Speed motors are still nothing to scoff at and continue to deliver, the lighter weight and more powerful feel of the Gen4 CX and Speed motors will come into play particularly on single track trail. The Gen4 CX motor is a pound and a half lighter than the Gen2 motor, while also offering up to 75Nm of torque and 340% assistance. The Gen4 Speed motor now offers the same torque and assistance as the CX while still being able to support speeds up to 28mph in a lighter weight package than the Gen2 motor. Wow! 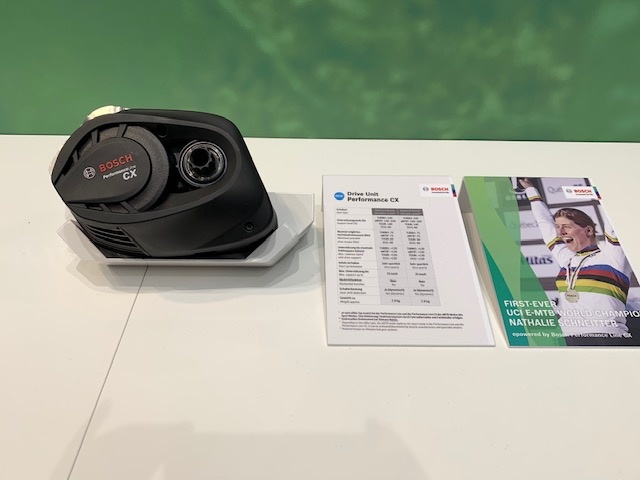 Sleek and powerful is the name of the game for the new Bosch CX motor. 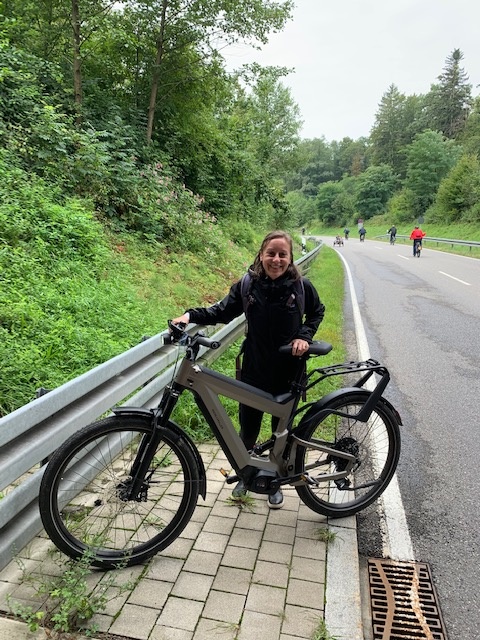 Also of particular interest from Bosch are the new Cargo Line motors, which offer a whopping 400% of powerful support for cargo bikes with a permissible total weight of up to 551 lbs. The Cargo Line motors also supply a torque of up to 75Nm, even at a low cadence, so that controlled acceleration is still possible when carrying a heavy load. The new Load 60 and Load 75 from Riese & Müller will both be equipped with the Cargo Line motors!

Speaking of Riese & Müller, we were honored to have the privilege of touring their state of the art factory in Mühltal, Germany after the Eurobike trade show came to a close. Stay tuned for our next blog post with details from our visit!